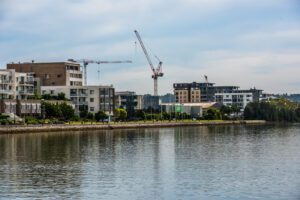 Research – Jonathan Drane– The growth of cities and the drivers behind city revitalisation from dormant states.

Welcome to my new research publications page. This page ( and my blog ) is designed to help researchers and students to understand the origins and  concepts in my doctoral work- ‘The Seed in the Cityscape- The property development mechanism and its influence on the growth of cities’ (2015). The research has been recognised as bridging a gap  between urban and real estate development theory. It provides a multi-faceted social, political and commercial lens to the understanding of city growth. It also focuses on dormant cityscapes and their rejuvenation in proliferations through ‘land parcel transformation’. I will be going through these concepts on this page and in my blog as I go forward.

The doctorate is available in its public version through the  UNSW library and Trove : The works are copyright Jonathan Drane.

Background to the Research

The doctorate is a culmination of 23 years of research and a fascination with the  growth of cities. This started in 1990 with my Master of Business Administration thesis at MGSM (Macquarie University, Sydney) as ‘The relationship between corporate strategy and spatial needs’ which then morphed into the esoteric title ‘Growth and the Outer Shell’. The main emphasis in those days was on the ‘Corporate Machine’ and was inspired by the book ‘Corporation Man’ by Antony Jay ( Jay 1972).

The emphasis changed through the 2000s with my interest in megacities and in providing a ranking of cities by their growth profile rather than just population, which was the main indicator. These themes are brought to life on my web pages:  Growth of Megacities , Bamboo Buildings and Buildings in the Mist. These works were done during my DBA (Doctor of Business Administration ) programme at MGSM in the late 2000s. The key themes here were that a city consisted of a collection of buildings with building types each with their own proliferation tendencies. It further proposed that these be viewed by their growth profiles so an organic metaphor was introduced with each building type viewed as a species. I was later to find this ‘teleological’ emphasis needed maturing and so this led to my current research which is embodied in my doctoral paper.

In 2011 I was offered an Australian Post Graduate Award for my research and the topic was developed at University of New South Wales in The Faculty of the Built environment. Due to my extensive corporate background in high rise construction and property development, I was encouraged to tap into the wealth of knowledge I had gathered since I was an undergrad student at UNSW in 1973.

The topic turned to focus on the key actors and forces at work in the growth of cities and it looked specifically at dormant cityscapes within the existing city. It also involved data collection across several regional city examples and a reflection of my involvement in such city scape development throughout my life.

I was further encouraged to use ‘auto ethnography’ as a method of data collection as guided by Ellis and Bochner ( 2011) . This involves the ‘study of one’s own culture’ and in my case it was the property development culture which I had been deeply engaged with and a part of over many decades.

The examiners each provided an A rating and so the doctorate was published in it written form without correction. One examiner is quoted to say:

“Jonathan DRANE’s thesis dated December, 2014 is an unusually comprehensive, compelling, concise, and articulate piece of research, knowledge distillation, and original thought, rarely seen in the chasm that exists between academic real estate research and city planning and development. It constitutes a very significant contribution to the body of knowledge in the field of city structure, transformation, and real estate development.”

The doctorate introduces the key concept of ‘land parcel dynamics’. There are a series of central ideas here that have not previously been developed. This includes:

I will start with this concept in this cluster as it is the foundation stone of the whole doctorate. All subsequent actors and forces are focused on these land parcels and their transition from what I call ‘fallow states’ which are dormant with no apparent potential for development. 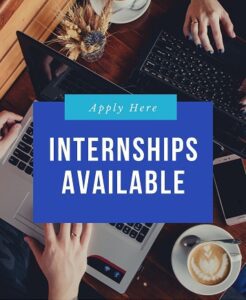