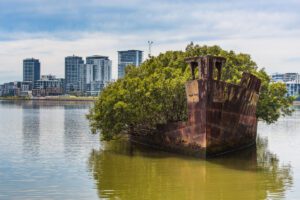 Jonathan is a recognised expert in city precinct development with an emphasis on activation of dormant cityscapes. Jonathan’s doctoral research project (2011 to 2014) studied dormant cityscapes in several Australian regional cities  and how they were bought to life.

Going beyond just a research emphasis he was involved in the revitalisation of the Palmer Street Precinct, Townsville (2003 to 2008) as a catalyst developer. In this way he has both researched and been involved as a practitioner in this specific field of urban activation.

Jonathan was awarded a doctorate at UNSW Faculty of Built Environment in March 2015 for his dissertation ‘The Seed in the Cityscape- The property development mechanism and its influence on the growth of cities’. The research was conducted under an Australian Post Graduate Award.

The doctorate achieved the rare status of AA where no changes were required by the examiners and it was recommended to be published in book form by the examiners and his supervisors. The research filled a gap between traditional urban theory and real estate development theory which allowed for a greater understanding of the city and its development drivers.