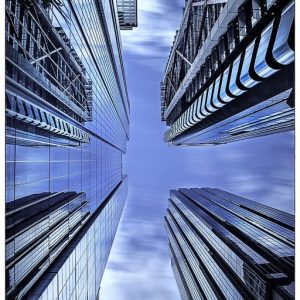 The Developer Bond and The Invisible Developer
Dr Jonathan Drane

The current attempts to legislate for a ‘developer bond’ to provide security to multi-apartment strata schemes is in the process of being finalised. Forums run by the Office of Fair Trading to canvass such an initiative have been met with strong resistance by the builder and developer arena. The former because they are already seeing the developer bond being passed on into their building contracts on top of the existing defects liability provision which provides some protection to the developer/client from defects arising during construction. The latter because the developers see it as a double impost which they have to fund. The end result is that it will in many cases be passed on to the increased price of the apartment.

As I observe these ruminations, I cant help but remember why this all came about. One of the emotional triggers or markers was the terrible case of the young girls who were forced to jump off their apartment balcony to escape a fire in their apartment. One girl died in this process, a great tragedy. Her story should not be in vain.

The developer bond will not necessarily solve this nor solve the problems in buildings that are built by builder/developers who operate in the apartment developments schemes that are above 3 levels and below 25meters ( need sprinklers if greater). Whilst house building is licensed, these apartments are not. This leaves the delivery in some cases to people who call themselves developers but who are not licensed nor qualified to build such developments.

To add to this, property developers who know what they are doing will always create a special purpose legal entity to run the project through. Such a vehicle may have no funds nor balance sheet and be sacrificial in nature. The originating human developer who operates through these entities is virtually invisible to the whole process. Hidden behind the legal entity they will avoid any personal link to the liability of the project providing no personal guarantees to banks by using what is called non-recourse finance.

This, in effect is the modus and era of the Invisible Developer.

How did we get to this. An invisible developer type and people having to jump to their death in a fire?

There are many aspects to this and a deep history that has led to this endemic problem. See my article The Defects Dilemma which provides an historical view of the leading events; from the rise of private property developers, to non-recourse funding, the pre-sale agreement, design and construct delivery systems and private certification.

To solve the problem relies on a deeper understanding of this sector of the industry, its history and the increased scrutiny of developer vehicles that render the developer invisible. This however this is still just a start.

Read this article in pdf: